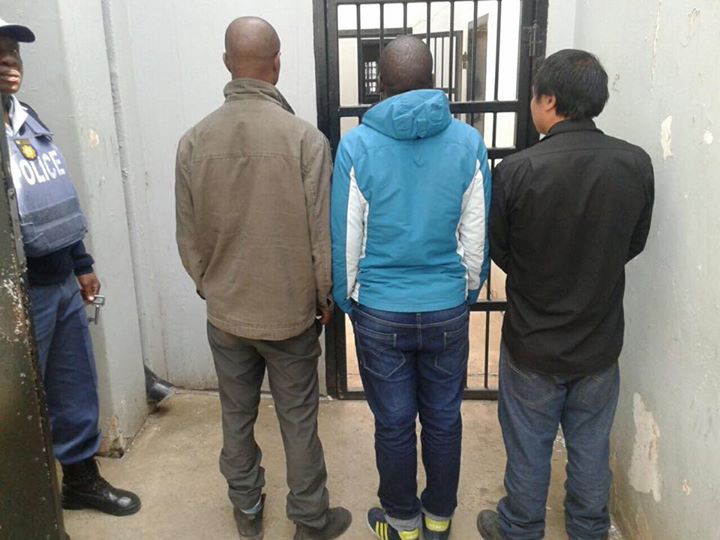 FIVE SUSPECTS HAVE BEEN ARRESTED WHEN SEVERAL BOXES CONTAINING UNLICENSED AMMUNITION WAS FOUND
Posted on: 24/10/2017 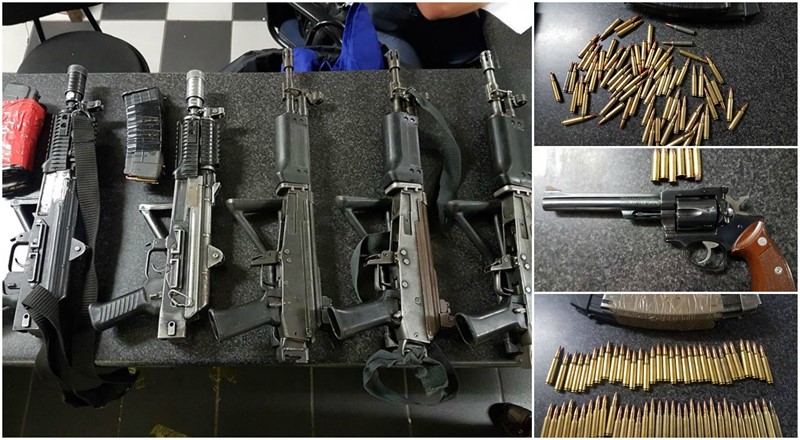 Firearms and Ammunition and various other items incl a R600,000 vehicle was recovered, Welkom

These men, who are aged between 32 and 46, were nabbed at the weekend at the Caldonspoort land port of entry and at a farm near Fouriesburg.

Two vehicles, one stolen in Gauteng and the other's registration details altered were recovered. In addition, three more suspects were arrested when several boxes containing unlicensed ammunition were also found.