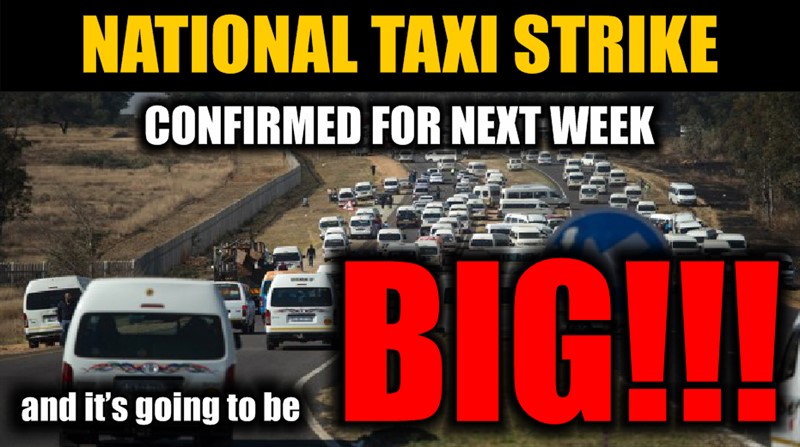 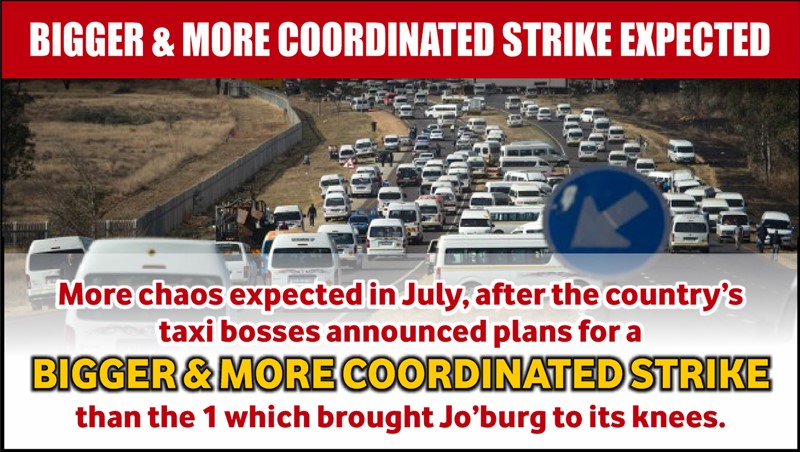 THE MOTHER OF ALL TAXI STRIKES EXPECTED IN JULY: BIGGER & MORE COORDINATED STRIKE 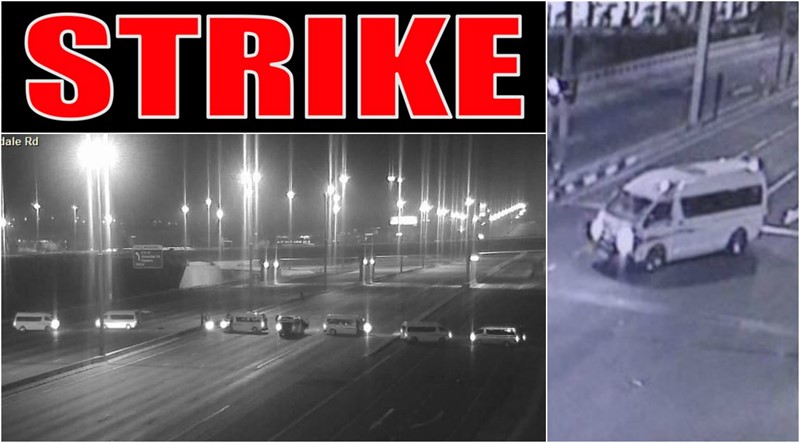 BREAKING NEWS FOR THE SECOND TIME: TAXI STRIKE ALL OF MIDRAND BLOCKED

NATIONAL TAXI STRIKE OF 12 JULY 2017 The SANTACO National Executive Committee (NEC) convened urgently this morning to consider and determine whether the looming national taxi strike of 12 July 2017 to the National Department of Transport offices should still go ahead. The SANTACO NEC has resolved to suspend the national taxi strike pending the outcomes of a meeting requested by Transport Minister Joe Maswanganyi on 07 July 2017 (Friday) to rather discuss the issues. Issued by SANTACO


A national taxi strike is expected to take place on 12 July, Tshwane mayor Solly Msimanga has warned. The SA Taxi Council (Santaco) issued a warning on Sunday, saying the protest would bring all forms of transportation to a standstill.

"Please make alternative arrangements because the strike would disrupt all commuting in the country," said Santaco. "It would be advisable to stay off the road."

Msimanga said the strike would be on a larger scale than the previous one, which took place in June. "It will be a national strike and likely to bring everything to a standstill," said Msimanga. He said more information would be provided closer to the time.

Tshwane metro police spokesperson Senior Superintendent Isaac Mahamba said it was too early to tell which routes would be affected. "We cannot confirm or deny anything at this stage, but we have a meeting on Tuesday and we hope it will shed some light on the strike."

Last month, taxi operators embarked on a taxi strike that left commuters around Gauteng stranded. Major highways were barricaded, disrupting people from getting to work and students from writing their exams.

Santaco said the previous demonstration was a dry run for the countrywide strike scheduled for 12 July. During the protest, taxi operators handed memorandums to SA taxi in Midrand and Toyota in Durban.

The memorandums said Toyota was making billions of rands but was not contributing back to the taxi industry.

"Out of the R7 billion they make a year, 80 percent of that comes from the taxi industry but they refuse to empower the industry," said Santaco spokesperson Thabiso Molelekwa.

Molelekwa said they demanded the high cost of minibuses be significantly reduced.

"SA taxi charges very high interest and most taxis get repossessed as a result of inflated monthly payments."